DevOps vs DevSecOps: The Difference Explained

DevOps vs DevSecOps: The Difference Explained 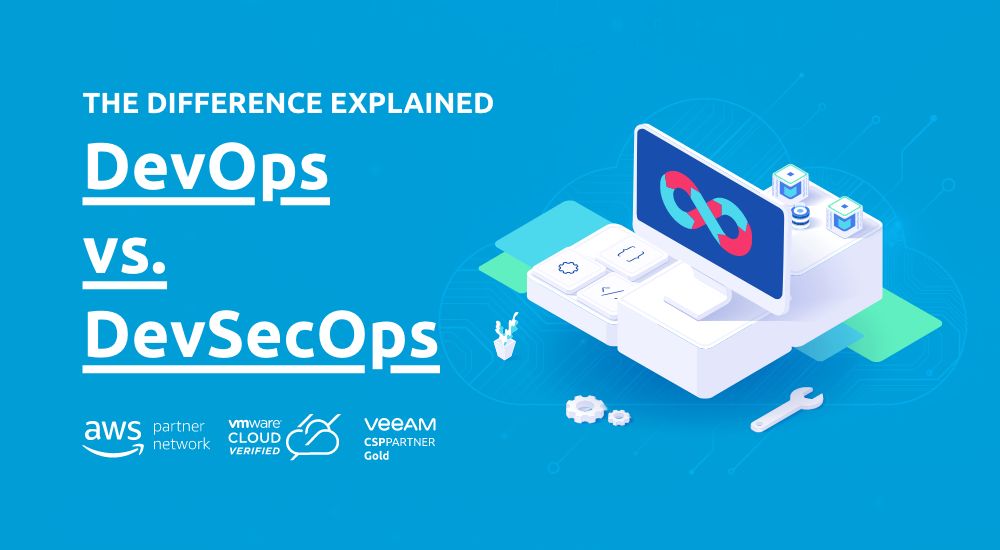 DevOps and DevSecOps are two very popular terms in the IT industry today. To an outsider, they might seem complicated, unclear, and very similar. In reality, there are important differences between the two, and they are not as difficult to understand as they may appear.

Another piece of the DevSecOps puzzle is SecOps. Its first part, Sec, refers to cybersecurity, while Ops refers to IT operations, as above. SecOps is focused on increasing cybersecurity in all development stages, constantly improving security, and dividing responsibility for security to all involved parties.

Finally, DevSecOps is a combination of the two things we have already mentioned. It represents a set of practices for securing software, infrastructure, applications, and data in enterprises. With DevSecOps, security is automatically integrated into every phase of the software development lifecycle. Additionally, the security of the application and the infrastructure becomes a shared responsibility of IT tasks groups, development, and security, instead of everything falling on the shoulder of the security silo.

While DevOps and DevSecOps are different, there are also some similarities between them:

Before DevSecOps, security was something developers didn’t even consider, because it wasn’t their job. With the introduction of DevSecOps, security practices have been integrated into the DevOps framework, and everything changed. DevSecOps shifted the focus from increasing the frequency of deployments to prioritizing app security.

Secure coding has become increasingly relevant and there are now many ways to guarantee that an app isn’t vulnerable. Still, this doesn’t mean developers must now also be experts in security. Instead, DevSecOps teams will create smaller, security-focused teams of experts, dedicated to discovering issues in applications. These smaller teams will inform the development team of the problems they have found, so they can be addressed.

Another important difference between DevOps and DevSecOps relates to the activities that define them. DevOps includes continuous integration, continuous delivery, continuous deployment, infrastructure as a code (IaC), and microservices. DevSecOps includes all of the mentioned activities, plus automated security testing, test modeling, incident management, and common weakness enumeration (CWE).

Deciding whether to stick to DevOps or switch to DevSecOps is a completely individual decision. However, DevSecOps can make your software production more secure, without lengthening the development lifecycle or putting your organization's assets at risk.

If you want to know more about DevOps in general, DevOps assessment, automation or management:

Eliminate Facility Complexities with Migration to the AWS Cloud

What Is a Replatform Cloud Migration Strategy?